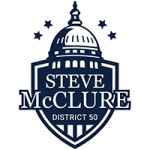 At a press conference in the Capitol’s blue room, members unveiled a legislative proposal to ensure independent investigations of members of the General Assembly.

“There is a cloud hanging over the capitol. Recent events have reminded the public that the Illinois legislature is incapable of policing itself,” said Barickman. “Under current law, the Office of the Legislative Inspector General isn’t allowed to have the independence necessary to do its job. It looks like the fox is guarding the hen house. Today we’re acting to change that.”

Currently, except in cases alleging sexual harassment, the LIG must get advance approval from the Legislative Ethics Commission (LEC) before opening an investigation, or issuing subpoenas. Additionally, if, during the investigation, the LIG discovers wrongdoing that is beyond the scope of, or unrelated to the initial complaint, they have to go back to the LEC to get approval to investigate further.

“What we have currently is a system where politicians are being trusted to police politicians,” said State Sen. Jil Tracy (R-Quincy). “Our proposal takes politicians out of the equation and allows the Legislative Inspector General the independence necessary to do their job.”

Under SB 2297, the LIG would be able to investigate complaints against legislators and issue subpoenas without approval from the LEC. By taking legislators out of the process, the bill ensures independence in the investigation of these claims.

“In two weeks, the fall veto session will continue, and there is no reason this legislation shouldn’t be taken up at that time,” said Barickman. “I hope that we can work together, in a bipartisan way, to pass this important legislation to ensure the independence of the Legislative Inspector General.”

The Senate returns for the final week of the fall veto session on Tuesday, Nov. 12.